Our recommendation for you

Fasten child seats securely in the vehicle with ISOFIX

Isofix is a standardised fastening system for child seats that was developed in 1997. There are currently 2 EU standards for child seats. The ECE standard R44 is the older of the two and does not necessarily prescribe Isofix fixing. Since 2013, there has been a new EU standard, the ECE standard R129, in which Isofix fastening is mandatory. In the future, the new standard will replace the old one.

The Isofix mount is already installed in the car in many newer vehicles. This includes approx. 60% of all vehicles from 2006 onwards. The newer a vehicle, the more likely it is that Isofix brackets are already present. In the lower part of the page we go into the retrofitting of the Isofix system in more detail and give further useful hints for the purchase of child seats.

Can the Isofix system be retrofitted?

In many vehicles it is completely uncomplicated to retrofit the Isofix brackets. The metal bracket consists of two holding brackets with a thickness of 6mm, which are attached at a distance of 28cm between the seat and the backrest. Isofix retrofit kits are already available for many vehicle models. For each bracket there is a corresponding vehicle list for which models and at which seat position the Isofix system can be retrofitted. In addition, you can also obtain information from the child seat manufacturers. They also keep lists for which vehicles their child seats fit and in which a bracket can be retrofitted. The German Insurers Accident Research Association has also provided a corresponding list.

In principle, the bracket is firmly attached to the bodywork to ensure maximum safety for the children. For retrofitting, the necessary holes must already be drilled in the body. In addition to the metal eyelets, the latest child seats have additional safety devices. One of them is the so-called Top Tether. This is a belt that is attached to the top of the headliner, to the back of the backrest or to a fastening point in the boot. This anchorage point must be present if the latest generation of child seats is to be installed, as it cannot be retrofitted. If the conditions are given, the bracket can be installed with a little manual skill. If you are too insecure, simply contact your local workshop.

Once the bracket has been installed, the child seats can be easily snapped into place. As a third safety device, in addition to the metal hooks and the Top Tether, many newer child seats have a support leg. This is extended until it is firmly engaged between the seat and the floor. 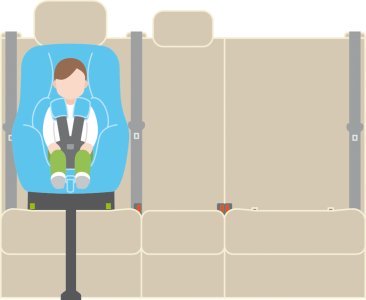 What are the advantages and disadvantages of the Isofix fastening system?

The Isofix system is characterized by particularly high safety standards, which is why the system will increasingly replace the others in the future. The installation is also very simple. Due to the rigid connection to the body, the yielding of the belts and the impact of the child in an accident is minimized. The Isofix mountings are the best in crash tests.

One of the disadvantages of retrofitting is that it is often only possible to use the outside seats on the rear bench. Statistically, however, the middle seat is the safest. Further disadvantages are:

However, the advantages of a purchase outweigh the advantages, as the risk of injury for the children can be significantly reduced. We offer the original Isofix mounts for retrofitting various Audi and Ford Focus II models.

What are the sources of accidents with child seats?

Even with the safest child seat, children can still suffer major injuries. However, this is less due to the system than to incorrect handling. The biggest danger is a wrong belt guidance, which some child seat manufacturers demand, but are not always converted correctly. Please read the instructions carefully and if you still have any questions, it is best to contact a specialist who will be able to show you how to attach the seat belt.

In addition, it is important for all child seats that the straps of the child seat are tight against the child's body, as otherwise the straps may slip down or allow too much play. When putting on the child seat, check whether the straps are tight, as this will prevent serious injuries to the child. Especially in winter, when the children are packed in thick jackets, the straps can quickly become too loose.

Last but not least, pay attention to the correct size of the child seat, because only then is the safety of your child sufficiently guaranteed. If you don't want to buy new child seats all the time, you can also rely on seats that grow with your child. In Group I/II/III there are child seats for 9-36 kilograms, protecting children from one to ten years of age.

What should I look out for when buying child seats with Isofix mountings? 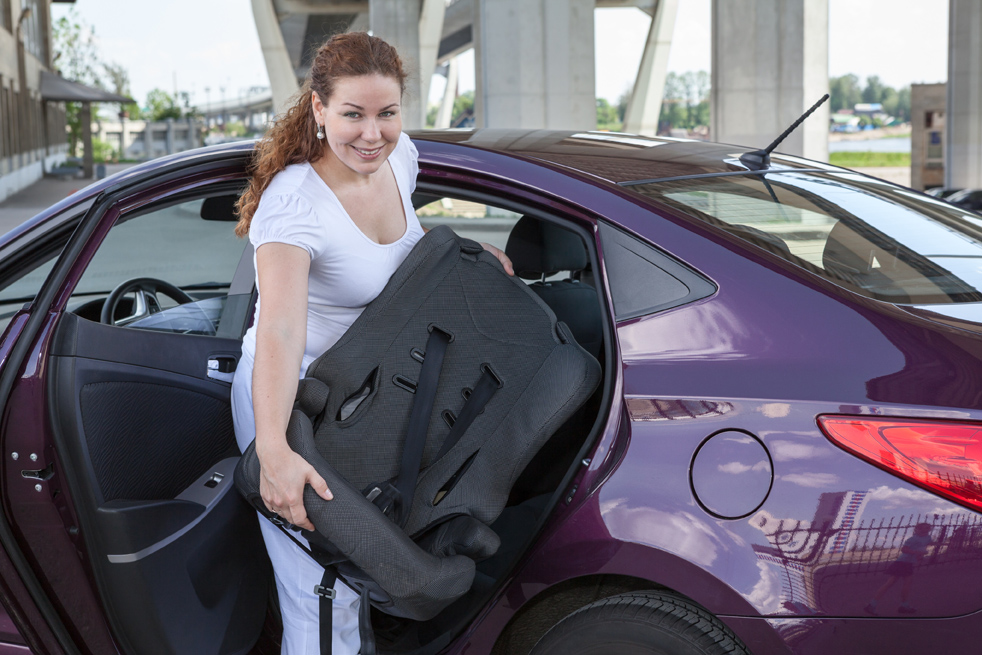 By refraining from the correct size, should always be paid attention to the correct test seal when buying a child seat. This should contain one of the two EU standards:

With the older standard, the last number behind the line is important. Only the 04 indicates that this is the latest model. 03 models are not to be sold since 2009, but may still be used.

It is also worthwhile to test the child on the new child seat. This allows you to test the fit and comfort quickly and easily. It is also advisable to install the seat once in the car to see whether there is enough space and the straps fit.

Because of the higher prices for the child seats with Isofix many are inclined to bring second-hand goods. This is not advisable as long as the origin and the prehistory are not clear. After an accident child seats are scrap and should be replaced. Even if no visible damage is visible, hairline cracks in the material can impair the safety function.

If the origin and history are clear, it should still be checked that all elements are present, including padding, belts and the instruction manual. Here, too, you should pay particular attention to the correct current test seal.

Child seats are also constantly being further developed, as are the requirements and legal requirements. The latest generation are the so-called "I-Size" child seats. This system has been in existence since 2013 and complies with the new EU standard R129. It already has the above-mentioned Isofix holder, Top Tether and the support leg. This will become the standard in the future and meets the highest safety requirements for child seats.

Whether you can now install the child seats directly in your vehicle or have to retrofit the Isofix system first, with the latest generation of child seats you can go on journeys with peace of mind. The Isofix brackets in our range meet the highest quality standards, as they are original goods from the vehicle manufacturers. If you have any further questions, please do not hesitate to contact us at Customer Service.

My cart
added 1x to cart

Marketing cookies are used by third parties or publishers to show personalized advertisements that are appealing to the individual user. They do this by tracking visitors across websites.